A traffic  stop for a headlight violation led to the arrest of 21 year-old Chance Henre Tumlin, of Cave Spring, on numerous drug and gun charges.

Reports said that after being pulled over on Lyons Bridge Road officers found marijuana that was packaged for resale, schedule IV drugs and two firearms. Authorities added that one of the firearms had been reported stolen. 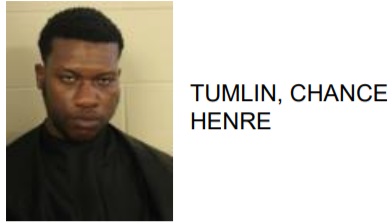