Brittany Hope Ezell, 23 of Summerville, was jailed this week after reports said she was found in possession of methamphetamine, marijuana, and a THC vape cartridge at the post office on Martha Berry Blvd in Rome.

Reports said that the drugs were found in a car door pocket next to her.

Ezell was a passenger in the car that was being stopped for the driver being on his cellphone. 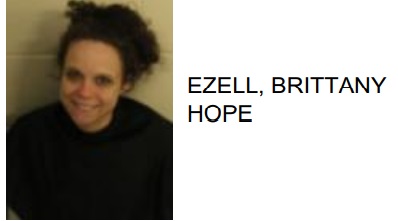