Kevin Terry Compton, 24 of Silver Creek, was arrested at a home on Donahoo Road after reports said he was found stalking a woman.

Reports stated that Compton had a TPO placed on him by the victim before being found at her home this week.

He is charged with aggravated stalking. 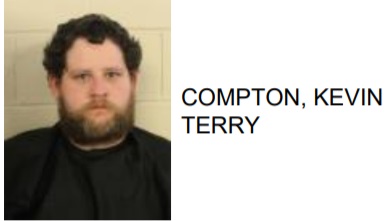