Clyde EdwaRd Moore III, 34 of Rome, was arrested this week after reports said he kidnapped a woman and then proceeded to strangle her.

Reports stated that the incident occurred at his home on Cave Spring Street.

Police went on to say that the victim suffered substantial physical and visible harm.

Moore is charged with aggravated assault, battery and kidnapping. 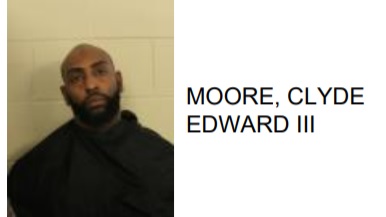