Robert Wayne Camp Jr, 49 of Rome, was arrested this week after reports said he threw a boot at his sister, breaking a lamp at the home in the process.

Reports stated that Camp then proceeded to place his hands around the woman’s neck and threatened to kill her.

The victim was left with visible injuries to her neck.

Camp is charged with battery, criminal trespass and terroristic threats and acts. 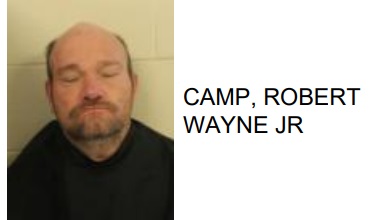