An inmate at the Floyd County Jail, William Dewayne Vessell, 37 of Rome, is facing additional charges this week after he allegedly attempted to escape custody.

Reports said that Vessell escaped from his cell and then failed to return as instructed by a lawful command.

Vessell is charged with escape.

Vessell has been adding numerous charges to his record over the past few weeks after participating in destruction of the jail while engaged in gang activity.

Two inmates at the Floyd County Jail, Toby Keith Johnson, and William Dewayne Vessell, , are facing additional charges after attempting to destroy jail property “to promote and further his criminal activities with members of the Ghost Face Gangsters”.

Reports said that the men damaged 14 sprinklers, causing major flooding of the N block of the jail.

Both men are now charged with 14 counts criminal damage to property in the 2nd, interference with government property, unlawful acts of violence in a penal institution, participation in street gang activity, and reckless conduct.

Two inmates at the Floyd County Jail, Toby Keith Jackson, 25 of Silver Creek, and William Dewayne Vessell, 37 of Rome, are facing additional charges after they violent attacked another inmate.

Reports said that the two men repeatedly hit and kicked the other inmate for appx 56 seconds before being broken up.

Reports added that the victim sustained substantial swelling to his left jaw and cheek as well as abrasions to his back and neck.

Police went on to state that Johnson was found in possession of three sprinkler heads that had been busted in the jail prior to this altercation.

Both are charged with battery and unlawful acts in a penal institution.

Johnson is additionally charged with interference with government property. 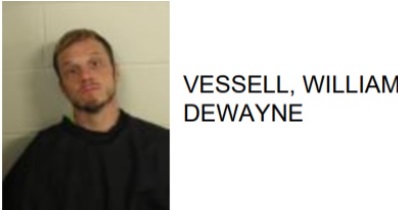