According to Sheriff Jeff Shaver, Cherokee County investigators charged three individuals last week in a scheme to get contraband inside the Cherokee County Detention Center. The investigation began when corrections officers located contraband inside the perimeter fence at the jail. According to Sheriff Shaver, corrections officers located cell phones and drugs during their watch tour.

Investigators opened a case and identified an inmate inside the facility and two other individuals involved in attempting to get this dangerous contraband into the jail.  Sheriff’s investigators charged 34 year-old Rdale J. McKee, of Albertville, with promoting prison contraband. McKee was on bond and awaiting trial for murder in Marshall County. As a result of this new arrest, his bond was revoked and he is back in custody in the Marshall County Jail.  Krystal Morgan, 24, and George Holcomb, 27, both of Albertville, and Dayton Huggins, 30 of Piedmont, also face charges for promoting prison contraband. 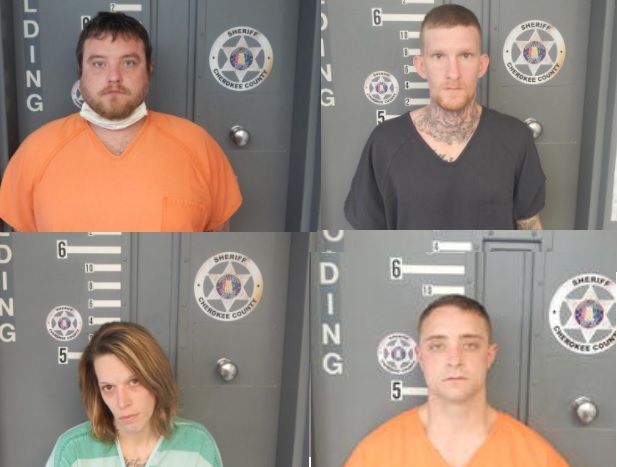