Two Romans, Caitlin Elizabeth Robinson, 30, and Barton Lloyd Robinson, 50, were arrested at the Ashwood Inn after police found them in possession of numerous drugs and paraphernalia.

Reports said that a search of the room led officers to locate marijuana, Xanax, and a glass smoking device containing methamphetamine.

Police added that Caitlin was found attempting to destroy the evidence on their arrival.

Caitlin Robinson is additionally charged with felony tampering with evidence and probation violation. 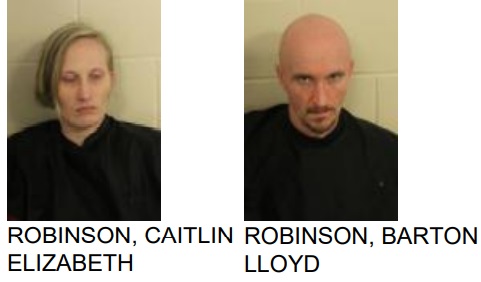