Amanda Nicole Moon, 27, and Andrew Dan Smith, 44, both of Lindale, were arrested after police said they found the couple in possession of marijuana and Hydrocodone.

Reports said that the drugs were found in Moon’s panties.

Authorities went on to state that Moon told police that Smith tossed the drugs to her and told her to hide them.

Both are charged with possession of marijuana and a schedule II controlled substance. 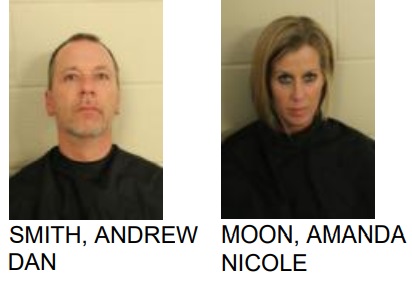