Two Rome men, Rory Lashaun Chatman and Corey Lushon Chatman, both 41 ,were arrested this week after a violent run in with police on Burnett Street.

Police said that Corey Chatman told a police officer that he was going to “beat his ass” while walking toward him. While allegedly acting violent toward the officer he continued to hinder the police from carrying out their duties.

Rory Chatman then allegedly grabbed the officer’s arm and pulled it away from Cory, while also acting in a violent manner.

Rory Chatman is charged with simple battery against a police officer, disorderly conduct, and willful obstruction. 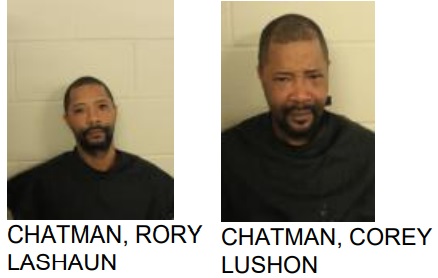