Evan Blake Shinholster, 17 of Rome, was arrested this week after a traffic stop led police to find an alcoholic beverage and a pen containing a high amount of THC.

Reports said that Shinholster’s was stopped at Mount Berry Mall before giving police the consent to search his vehicle.

The search was conducted after police said that smelled marijuana coming from the vehicle. 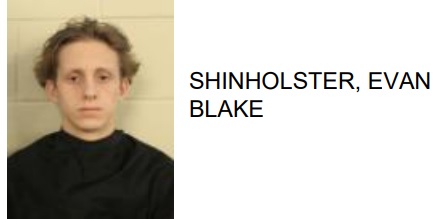