Amanda Danielle Spiva, 34 of Rome, was arrested this week after reports said fled from the scene of two car accidents while under the influence of drugs.

Reports said that Spiva, after causing two wrecks on East 12th Street, was later found in possession of methamphetamine and cocaine while during under the influence.

Spiva is charged with possession of meth, possession of cocaine, hit and run, driving on a suspended license, improper lane change, following too closely, improper passing and DUI 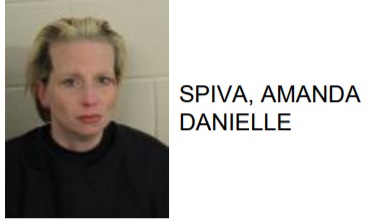