Brittney Rice, 30 of Rome, was arrested this week after reports said caused over $400 in damages to a property on Towers Drive.

Reports added that when officers arrived on scene she refused to comply with commands.  After being taken into custody officers added that a search led them to find controlled substances in her possession.

Rice is charged with criminal trespass, two counts obstruction, possession of a schedule IV controlled substance and crossing the guard line with drugs. 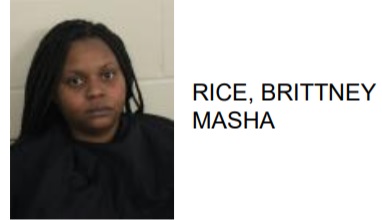