Christy Lynn Webb, 33 of Rockmart, was arrested at Redmond Regional Medical Center this week after she caused a scene when she began to scream and make threats toward staff.

Reports said that Webb was told numerous times to stay in her room and stop screaming.

Webb is charged with disorderly conduct. 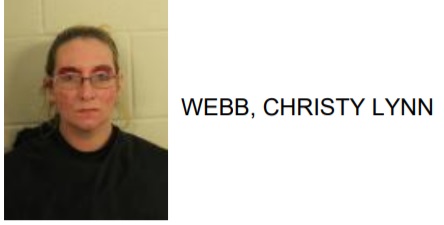