A former teacher at Cherokee Elementary School in Polk County, Sante Alana Duncan, 27 of Dallas, has been arrested after she allegedly had sexual relations with a student.

Reports said that Duncan resigned earlier this month after the allegations were brought forth.

Polk School District Superintendent Laurie Atkins said that no student from Cherokee Elementary was involved in the incident.

Duncan is charged with sexual assault by a teacher. 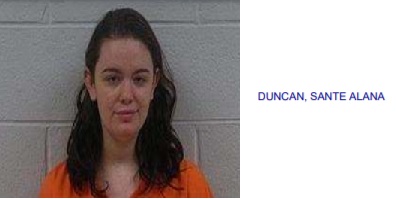