Kenneth Leon Dupree, 55 of Rome, was arrested this week after being in a serious wreck and leaving a female passenger behind in order to avoid arrest.

Reports stated that officers were dispatched to Highway 53, in the area of 8200 Calhoun Hwy and Autry Roads, to a car accident in which a vehicle had possibly flipped.

After arriving on scene, officers found a female passenger inside with a laceration to her head.  However, no driver was found in the area. Investigators determined that the driver, Dupree, had fled the scene on foot.  Officers then set up a perimeter to search for the suspect.  He was found a short time later walking near Ga 140.

Dupree is charged with hit and run, driving on a suspended license and parole violation. 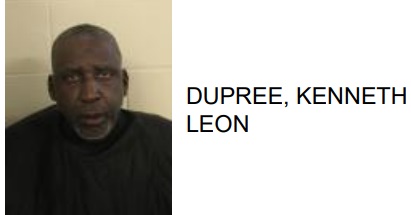