William Kyle Godfrey, 26 of Rome, was arrested this week after reports said he led police on numerous chases over the past month.

Reports stated that on December 1, 2020 he was stopped at the intersection of Cave Spring Road at Mathis Drive for a routine traffic stop. Police said that after pulling over Godfrey jumped out of the car and fled on foot.

This week officers located Godfrey on Oakland Avenue and again he tried to flee the scene and avoid capture, but was not successful.   While taking him into custody he was found with suspected methamphetamine and a smoking device. 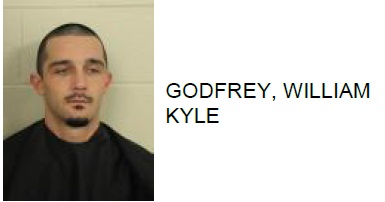