Elliott Francesco Eramian, 37 of Silver Creek, was arrested this week after he allegedly imprisoned a 28 year-old woman in a bedroom and hit her with her cellphone.

He is also accused of intentionally breaking the victim’s car windshield and rearview mirror.

A child allegedly witnessed the altercation.

The victim in the case, Pamela Katherine Duck, 28 of Silver Creek, was also arrested after she allegedly warned Eramian that the police has a warrant for his arrest and that he needed to get his stuff and leave Rome.

Duck is charged with willful obstruction of law enforcement. 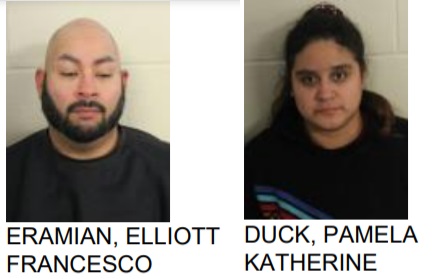