Travis Wayne Payne, 30 of Silver Creek, was arrested after he allegedly crashed into a guardrail and then was found DUI and in possession of cocaine.

Reports said that Payne crashed his car into the guardrail on Darlington Drive at Cedar Avenue.  While officers were investigating they found that Payne had been driving under the influence of substances.

A search led police to find several baggies in his wallet and in the center console of his vehicle.

Payne is charged with possession of cocaine, DUI and failure to maintain lane. 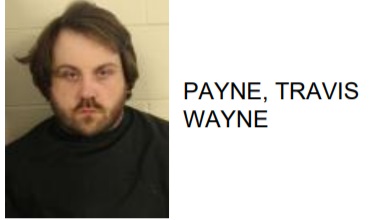