Christopher Clinton Hanes, 38 of Rome, was arrested this week after reports said he fled from a traffic stop and was later found in possession of drugs.

Reports said that Hanes was a passenger in a vehicle that was stopped on Shorter Avenue when he jumped out and began to run away on foot.

When the car was searched officers stated that they located two bags of methamphetamine, and a glass smoking device containing drug residue. One of the  bags was found in the front passenger side of the vehicle where Hanes had been sitting.

After being identified he was found a short time later.

Hanes is charged with possession of meth and failure to appear. 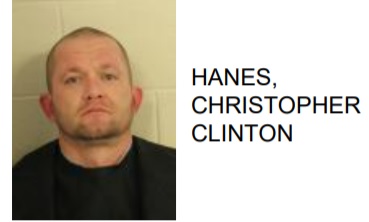