Kevin Chase Hamrick, 23 of Rome, was arrested this week after reports said he charged at a woman with a grill fork.  Reports added that the incident occurred in front of two small children under the age of four.

He is also accused of a prior offense against a different woman back in August. Reports said that Hamrick caused an injury to the woman’s elbow during a domestic dispute.

Hamrick is charged with aggravated assault, battery, four counts cruelty to children in the 3rd degree and probation violation. 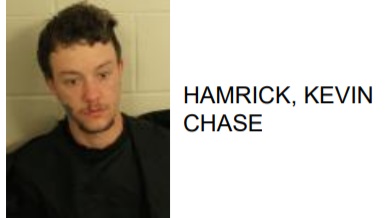