David Austin Totherow, 28 of Rescasa, was arrested in Rome this week after he got physical with a police officer.

Reports said that Totherow attempted to shove the officer’s hand and legs in an attempt to prevent him from performing his duty.  He then proceeded to run in an effort to escape capture.

The incident occurred at a home on Morton Bend Road.

Totherow is charged with felony obstruction and simple battery against a police officer. 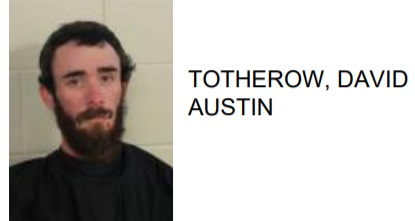