Joshua Nathaniel Danford, 28 of Rome, was arrested this week after reports said he was found driving a stolen motorcycle and later with methamphetamine.

Reports said that officers observed Danford trying to start the motorcycle at a location on New Calhoun Road back on November 24th.  When he approached Danford the suspect fled the scene.  Officers were able to identity Danford using video from a nearby store.  It was also discovered that the motorcycle had been reported stolen.

This week officers located Danford and took him into custody.  While being arrested they stated that he was found in possession of a bag of methamphetamine.

Danford is charged with possession of meth, theft by receiving stolen property, giving false information to police and failure to appear. 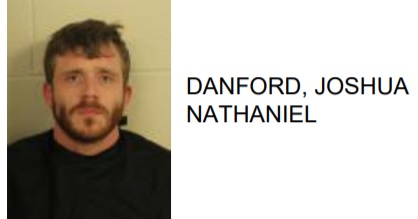