Christopher Cody Irvin, 21 of Rome, was arrested this week after reports said he broke into numerous vehicles, even sleeping in one, before burglarizing a home in Lindale.

Reports said that the car break-ins, including the nap, occurred on Grove Avenue.

Police went on to add that Irvin then went inside a nearby home  and woke a person up and asked to use her telephone.  He then remained in the home without permission and grabbed a victim stating that he wanted to talk to her.  The victim stated that she did not know Irvin.

A search of Irvin led police to find two separate containers of marijuana.

Irvin is charged with first degree burglary, entering an automobile with intent to commit a felony, two counts loitering, battery and two counts possession of marijuana. 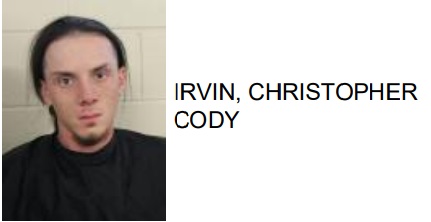