With toilet paper disappearing from grocery shelves again due to fear of pandemic lockdowns, one inmate didn’t appreciate receiving the scarce product.

Two deputies served food to Bartow County Jail inmate Steven Alexander Herfurth in an isolation cell on Saturday morning. One of them tried to give him a roll of toilet paper. Herfurth reportedly aggressively approached him with his fist raised.

The deputy allegedly reacted in an attempt to protect himself and wrestled Herfurth to the ground. A struggle ensued, leading to the deputies tasing Herfurth. One of the deputies had red marks on his face and a cut to a pinky finger.

Once restrained, the deputies relocated Herfurth to a disciplinary cell to receive medical attention.

He is now charged with two counts of felony obstructing or hindering law enforcement officers. 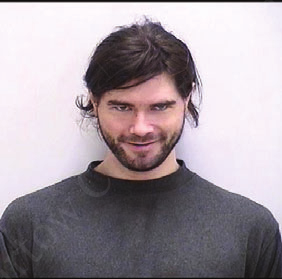