A homeless 32 year-old Rome man, Deaundre Martel Wade, was jailed this week after reports said they found him trespassing and in possession of numerous drugs.

Reports stated that Wade was found at the Hop-N-Shop on Calhoun Avenue after previously being banned. 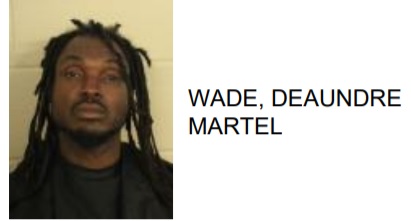