Kevin Lee Kines, 26 of Silver Creek, was arrested this week after reports said he entered an unoccupied convenience store on Dean Avenue in an attempt to burglarize it.

Reports stated that Kines used a hatchet to bust out a window and then proceeded to steal between $600-$700 in cash and four packs of cigarettes. 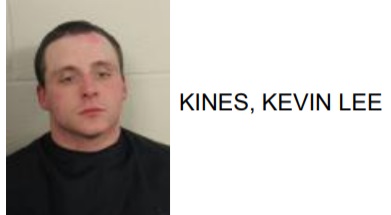