Steven Joshua Redwine, 29 of Rome, was arrested this week after police said he sold methamphetamine to a confidential informant at the intersection of Maple and 17th Street.

Reports added that the drug deal went down back on October 22 of this year.

Redwine was found and taken into custody this week. While being searched he was found in possession of a smoking device containing methamphetamine. 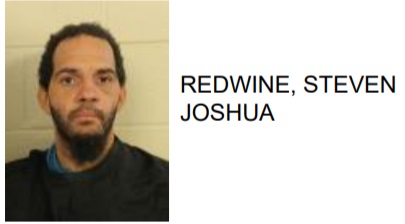