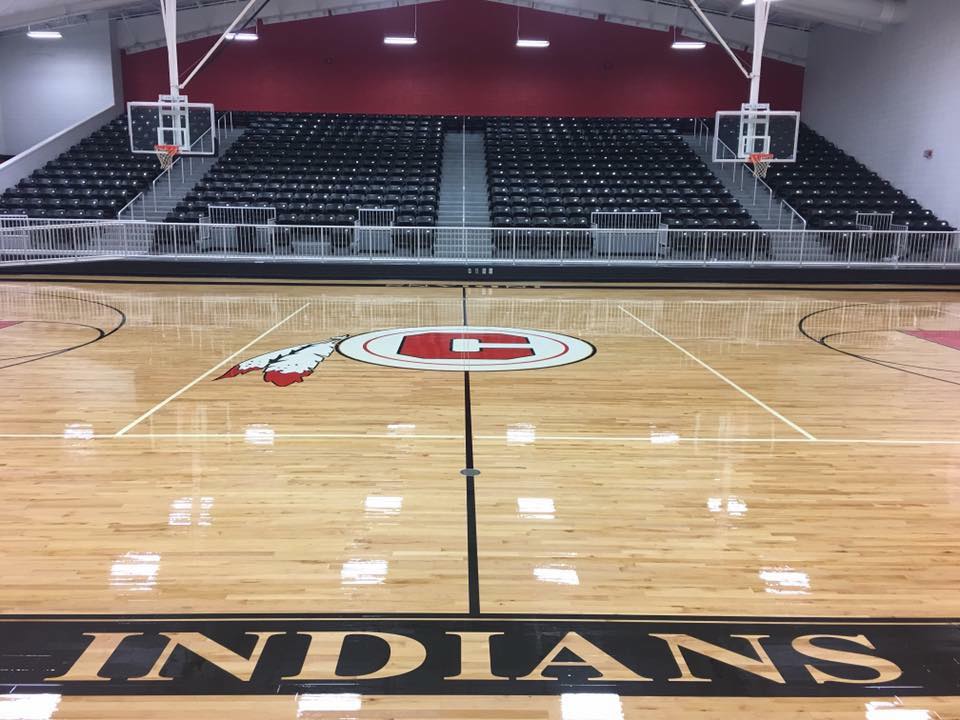 One night after a monster comeback win over Rome in the semifinals, the Chattooga boys ground out a 55-51 victory over the Darlington Tigers in a thrilling championship clash that came down to the final moments.

The game, a fitting conclusion to a 67th annual Christmas Tournament that saw plenty of wire-to-wire contests, ended with Chattooga getting their first Gold Ball since 1986.

“I was telling the guys, this is bragging rights for this area,” Chattooga coach Jared Groce said. “No matter how big the school is, no matter if they’re private or public–when the Gold Ball is in your hands, you get to claim to be the best team in the area.”

Chattooga led by as many as nine, but couldn’t fully shake the Tigers, who finally pounced in the third quarter. A furious 11-2 run was capped by a D.J. Johnson bucket that gave the Tigers their first lead of the night at 35-33.

Chattooga refused to get rattled, quickly regaining their footing and edging out a slim three point lead heading into the final frame. Darlington didn’t slow down, continuing their barrage of shots from behind the arc and keeping the tension inside the Armuchee High School gym at a fever pitch.

Late in the game, the Indians found themselves up just a basket while down two starters in foul trouble. However, they didn’t have to look far to find someone willing to step up.

Shedding the facilitator role and starting to hunt his own shot more, point guard Damien Smith scored eight of his 13 points in the fourth quarter, complementing a huge outing from Cash Allen, who ended his night with 21 points.

“It wasn’t perfect basketball by any means, but it’s a locker room full of winners right there,” Groce said. “The heart they’ve showed these three days against some bigger schools and private schools, to see them come out on top in this tournament–I’m so proud of them.”

Darlington hit seven 3’s in the second half, including four from sharpshooter Braden Bell, but each of their comeback attempts was met with a resounding Chattooga response.

In addition to Allen’s 21 and Smith’s 13, Lamarr Riley chipped in nine points for Chattooga.

Darlington regroups and will be off until Tuesday, Jan. 5, when the Tigers meet Woodland (Cartersville) for a non-region duel.