Bartow County deputies booked 34-year-old Erica Leerle Taylor of Fort Oglethorpe into the jail this week for misdemeanor homicide by vehicle in the second degree, failure to maintain her lane, and driving too fast for conditions. Georgia State Patrol identified Taylor as the driver responsible for the death of 41-year-old Jean Smith Verneus of Miami, Florida.

The GSP reported that at approximately 4:50 p.m. on August 28th, a semi-trailer truck driven by Verneus was traveling in the right southbound lane of I-75 near mile marker 293. Taylor was trying to merge her Jeep Cherokee onto I-75 when she lost control of her vehicle. The SUV struck the semi-trailer’s right side, which caused the truck to lose control and hit the bridge rail. The impact caused damage to the truck’s fuel tanks, which cause a fire to ignite. The semi-trailer truck and the SUV came to a final rest on the right shoulder. Verneus succumbed to his injuries at the scene.

Erica Taylor is currently in the Bartow County Jail with bail set at 5,275 dollars.

WBHF contributed to this report. 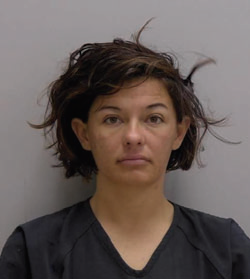