Lacee Danielle Howard, 23 of Rome, was arrested this week after reports said committed numerous thefts at stores around Floyd County.

Reports said that on November 1, Howard stole 28 packs of lottery tickets from behind the counter of a store on Rockmart Highway.

Then on November 20 she was captured at Walmart on Redmond Circle shoplifting.

Officers added that Howard attempted to hide her identity by giving police a fake name.

Howard is charged with felony theft by taking, theft by shoplifting and giving false information to police. 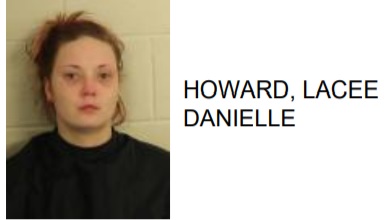