Amy Mischell Robinson, 44 of Summerville, was arrested this week at the CVS on Martha Berry Blvd after police found her in possession of a variety of different drugs. 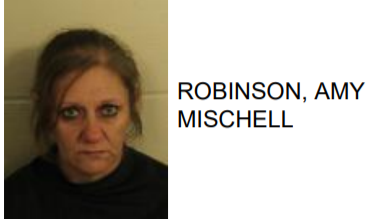