Jonathan Micah Chapman, 23 of Rome, was arrested this week after police said he was found with pot brownies.

Reports stated that officers found the brownies containing marijuana inside a backpack. The brownies were individually packaged and marked for sale. 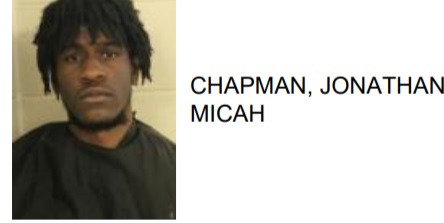