Brent Dwayne Smith, 49 of Rome, was arrested this week after reports said he was found trying to destroy crack cocaine while getting stopped for running a stop sign.

Officers stated that they initiated a traffic stop at the intersection of East 17th and Olmstead Street. While pulled over, reports added, Smith smashed and grinded the cocaine into his center console.

He was also found in possession of a smoking device containing the drug.

Smith is charged with possession of cocaine, tampering with evidence, possession of drug related objects and stop sign violation. 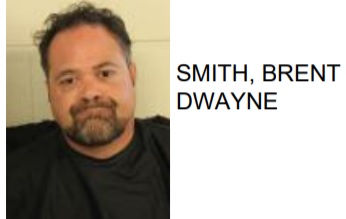