Nicholas Wayne Anglin, 30 of Rome, was arrested this week after he physically beat two small children at a home on Noble Street.

Reports said that Anglin threw a 4 year-old to the floor and kicked him in the back and stomach before hitting his face with his fist.

He is also accused of throwing a 7 year-old to the floor “causing her body to hurt all over”. 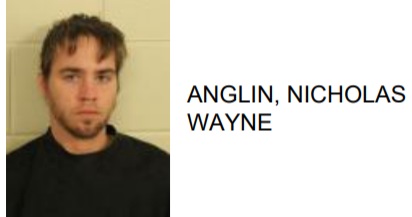