Matthew John Randolph, 26 of Rome, was arrested this week after reports said he was found in possession of a stolen truck and a Skeeter bass boat.

Reports said that the truck and boat was stolen back in July.

The boat was later found in pieces on Economy Lane in August. Randolph admitted to working with another person.

Randolph is charged with theft by receiving stolen property. 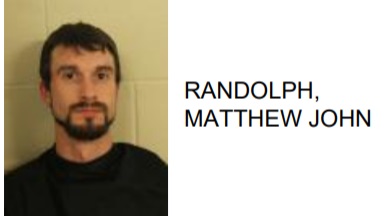