Tommy Luis Phillips, 47, of Atlanta, was jailed in Rome this week after reports said he was found in possession of a stolen handgun during a traffic stop.

Reports said that Phillips was stopped on Cave Spring Street and Crescent Avenue after he failed to yield for an emergency vehicle. Police added that it was also discovered that he was driving with a suspended license. A search then led police to find the stolen Glock handgun.

Phillips proceeded to run from police and escape capture and hand been on the run since June.

He is charged with felony possession of a firearm by convicted felon, theft by receiving stolen property, driving on a suspended license, operation of a vehicle on approach of authorized emergency vehicles and willful obstruction of law enforcement officers. 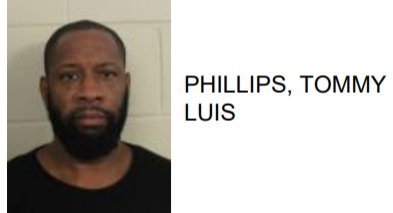