Denise William Chastain, 20 of Rome, was arrested this week after police said he attempted to murder an 18 year-old woman in front of four children.

Reports said that Chastain strangled the victim at his home on Clark Avenue.

He is also accused of damaging a door to the home.

Chastain is charged with aggravated assault, criminal trespass and four counts cruelty to children in the 4th degree. 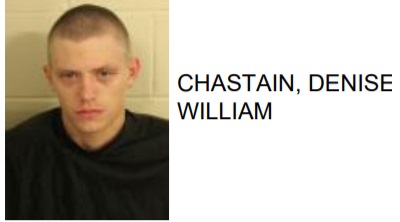