Anthony Jody Lowery, 44 of Adairsville, was arrested this week at Walmart on Redmond Circle after he was allegedly found trafficking methamphetamine.

Reports stated that while officers were responding to a vehicle accident they located a large bag containing over 28 grams of meth, cocaine and a large amount of cash. 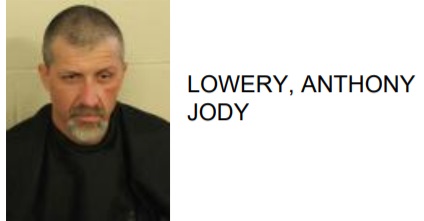