Richard Alan Franco, 33 of Rome, was arrested this week after reports said he placed his hands on “the intimate parts” of a girl who is under the age of 16 years.

Reports went on to say that he would have the child also place her hands on his penis.

The incident occurred back in April of this year.

Franco is charged with child molestation. 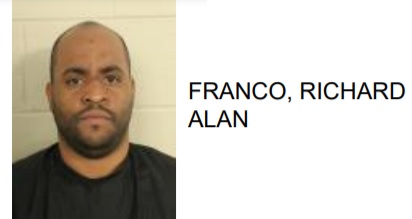