Dijon Demar Roberson, 29 of Rome, and Laterra Denae Mack,37 of Rome, were jailed this week after setting out a plan to kill another person.

The couple then allegedly explained the plan was to drug and kill the man and then take him to the woods to be shot and left to die.

While being taken into custody on Braves Blvd Roberson was found with marijuana in his pocket.

Both are charged with second degree cruelty to children.

Roberson is additionally charged with possession of marijuana. 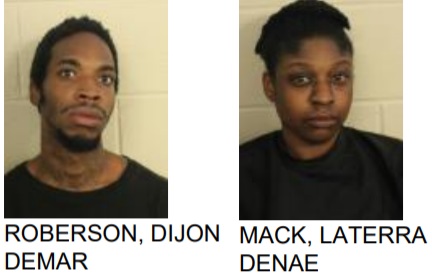