A Rome couple, Timothy Jacob Boyd, 28, and Kayla Michelle Maxwell, 31, were arrested at their home on Tuner Bend Road after they allegedly attempted to prevent law enforcement from serving a warrant.

Reports said that Maxwell refused to answer the door to their home while they were attempting to find Boyd.

Boyd is then accused of resisting arrest when he attempted to drive away from officers.  At one point Boyd nearly caused serious injury to deputies.

Both are charged with misdemeanor obstruction. 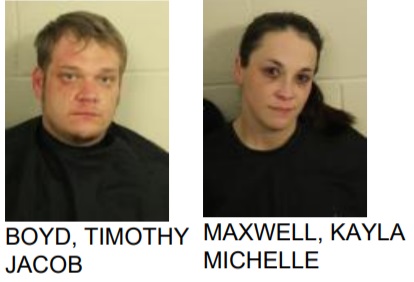