After an altercation that was captured on CVN LIVE Wednesday night, Darryl Oren Gilbert, 72 of Rome, was arrested for assaulting a Floyd County Fire Fighter.

Firefighters were dispatched to a location near the Armuchee Café when customers saw a large blaze coming from behind a gas holding area.  When authorities arrived Gilbert allegedly violently charged toward responders while using propane language and stating that he was only doing a brush burn.  Firefighters explained to Gilbert that burning after dark was against the law, which caused him to curse and become violent.

During a verbal confrontation Gilbert poked a firefighter on the chest in a way that suggested harm and told firefighters that was his property and that they were not going to put out the fire.

Police then arrived and advised Gilbert of the law and then firefighters proceeded to extinguish the fire.

To watch video from the scene click link below.

Gilbert is charged with simple assault and obstruction of firefighters. 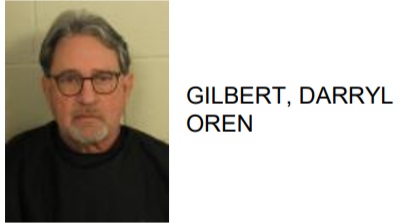