Tierra Jade Slocum, 32 of Rome, was arrested at the Royal Inn on Martha Berry Blvd after she allegedly left another person unable to see following an attack.

Reports stated that the attack occurred back on July 29th.

She is charged with aggravated battery. 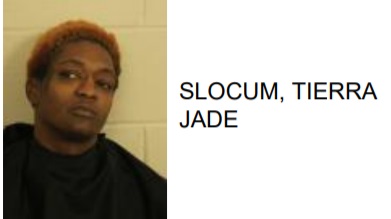