Two women, Tori Allison Roberts, 18 of Rome, and Alyssa Brandy Poss, 19 of Buchanan, were arrested at Bekaert Steel and Wire on Darlington Drive after reports said they were found with bags of suspected Ecstasy and a gun.

Reports said that the “large amounts” of Ecstasy were packed in two different bags. 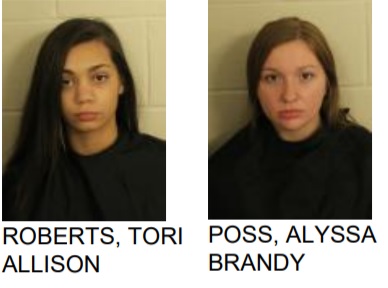