Miguel Angel Rivera, 23 of Grand Island, NE, was arrested on Broad Street in Rome this week after he was found urinating on a police car.

Reports added that he attempted to flee on foot when deputies were placing him under arrest. 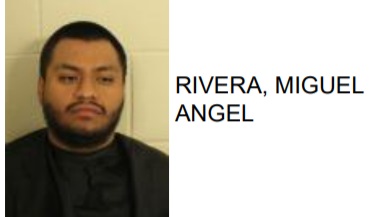