Dwayne Wiggins Elder, 63 of Rome, was arrested this week after reports said he violated a protection order and physically injured an elderly woman.

Reports said that Elder violated a court order to stay away from the victim three times.  He is accused of grabbing the victim by the arm on time occasion, the shoulder the next and finally by the hair a third.

Reports added that Elder is accused of “becoming increasingly violent and has been swinging as to hit her.

Police added that he was also found in possession of a bag of suspected marijuana.

Elder is charged with exploitation of the elderly, aggravated stalking and possession of marijuana.

Dwayne Wiggins Elder, 62 of Rome, was arrested this week after report said h e placed his 87 year-old mother in fear of receiving an injury.

Reports stated that the incident occurred at a home on Little Texas Valley road,

Elder is charged with simple assault. 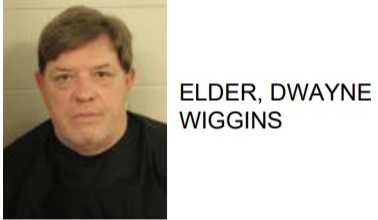