Anita Dupree, 24 of Rome, was arrested on the Armuchee Connector this week after she admitted to being drunk while driving with children in her car.  Dupree was questioned after police found a ten year-old walking down the road, in which Dupree had allegedly made get out and walk.

While being questioned Dupree proceeded to attempt to bite and kick arresting officers.

Reports went on to say that after being placed in the patrol car Dupree kicked the cage, causing it to crack. 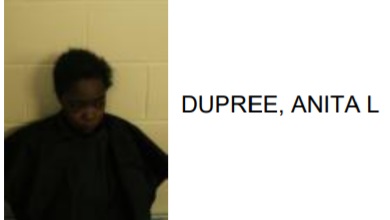