Michael Lamar Price, 29 of Rome, was arrested this week after he beat a 27 year-old woman to the point she urinated on herself.

Reports said that Price hit the woman in the face with a closed fist and then grabbed her by the neck before causing her to urinate on herself.

The victim was reportedly left with bruises and scratches from the attack.

Price is charged with aggravated assault and battery. 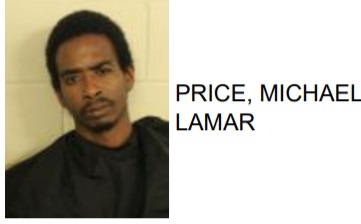