Kaland C. Ray, 26 of Adairsville, was arrested in Calhoun this week after reports said he had sex multiple times with a 13-year-old female.

The arrest was made last week after the mother of the victim called police. Reports said that the child sent messages to a friend about the meetings and the mother was able to get screen shots of the conversation.

Reports added that Ray told investigators that he had sexual relations with the child once by mistake, believing she was someone else in bed.

Ray is charged with child molestation and enticing a child for indecent purposes. 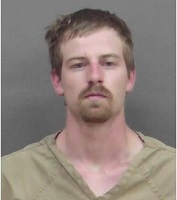